One Flag. One Life. Gridiron is our brand-new, single life objective mode!

In Gridiron, two teams of five battle over a flag that can be used to score a touchdown in the opposing team’s endzone. At the start of each round, the flag rotates between one of three locations along the center line of the map. Picking up the flag is as simple as touching it.

Don’t worry, there are no limitations for being a flag carrier other than the massive target on your back. Fight hard and slay up!

After picking up the flag and entering the enemy endzone you’ll need to survive for 5 seconds to score a touchdown. Be careful! If at any time you go down or die then the flag is dropped at your feet, and can be grabbed by the enemy team.

As much as the flag is the center of the action in Gridiron, this is a one-life mode so kills pay the bills. Eliminating the enemy team can also secure you a round victory, so you will need to consider how you focus your effort between the battle over the flag and the weapons and positions available on the map.

Here are the 3 ways you can secure a round victory and score points for your team:

The first team to hit 13 points wins the match, and with a short two-minute time limit per round, combat in Gridiron is rapid and intense!

We’ve also created custom weapon placements for every map in Gears 5 exclusively for Gridiron. These weapon placements are aimed at delivering the best one-life experience possible, with varied initials and balanced power distribution. Our aim for Gridiron is to provide the most interesting and exciting Gears matches you have ever experienced, and we look forward to seeing how it evolves in your hands. This is just the beginning!

The one and only Cole Train is back baby! Augustus Cole makes his return to PVP and PVE in Gears 5 the only way he could – making one hell of an entrance.

In PVE, the Cole Train is an unstoppable force, bringing his legendary Thrashball plays to the frontline. His Ultimate sends Cole charging forward in a blaze of fire, staggering enemies in his path and leaving a trail of fire in his wake.

Cole is packing some extra tricks in his pocket too. This is Cole we’re talking about! Cole’s melee is replaced by a powerful punch that stuns enemies. He can also melee while roadie running to perform his signature Thrashball tackle too!

Cole also introduces a new status effect to the game – Burning. Once you level up Cole, you’ll find many of his cards are built around this new effect.

Ultimate: While active, Cole leaves a trail of fire while moving and can stagger and ignite enemies causing burning damage

Passive: Uses a powerful punch as a melee attack and can melee while roadie running to tackle. Killing enemies using the tackle gives stim.

All the Glory – Burning enemies explode when killed, dealing 50% of their HP in damage to nearby enemies.

Perk Up – Max health and regeneration speed is increased by 50%.

Glow and Slow – Enemies that are burning are 50% slower.

Burn and Recharge – The Train Ultimate Ability recharges 5% faster for each enemy that is currently burning.

Play with Fire – Active rounds have a 25% chance to burn enemies.

Killing Time – When The Train Ultimate Ability is active, each kill increases ultimate duration by 2s.

Pyromaniac – Burn damage dealt by Cole is increased by 50%.

Damage Dash – Damage is reduced by 40% while sprinting.

Soothing Warmth – Health regeneration is 250% faster and has no delay when near burning enemies.

Steam Engine – 100% larger burn radius while The Train is active.

(All descriptions shown are for Card Level 5)

The Grub Killer returns. The only Carmine to survive the curse of death (so far), Clayton is back to tear it up against the Swarm in both PVE and PVP.

In PVE, his Reflective Shell ability deflects all ballistic damage back to the enemy for a short time, allowing him to survive against overwhelming odds and turn incoming attacks into huge amounts of damage. With Skill Cards, Clayton can even deflect projectiles back to the enemy, including missiles, rockets and buzz saw blades.

Reflective Shell has the fastest charge time out of every ultimate – but only lasts five seconds when used, so timing is key! Clayton also features some Skill Cards that help his team become just as survivable as he is…almost.

Ultimate: While active, deflect all ballistic damage back to the enemy.

Bait Armor – Damage taken is decreased by 5% each hit taken by Clayton, up to 30%.

Concussive Explosives – Enemies hit with explosives are stunned for 3s.

Ice Armor – While Clayton is freezing, he will take 25% less damage.

Priority Target – Clayton taunts attacking enemies away from an ally within 10 meters for 5s.

Grace Period – Receive 3s of immunity upon being revived.

Heavy Charger – Each successive hit with a heavy weapon reduces the cooldown of Reflective Shell by 0.15s.

Heavy Deflect – Heavy weapon damage reduced by 30% for Clayton and allies within 10 meters.

Uncle Clay – When Clayton is 10 meters from Lizzie, both receive 25% damage resistance.

Ultimate Battery – Ultimate cooldown for allies within 10 meters reduced by 0.3s for each hit Clayton takes.

(All descriptions shown are for Card Level 5)

Now they begin to understand! Queen Myrrah returns to the battlefield raining fiery destruction wherever she goes.

In Arcade, Myrrah causes the radius around any enemy she kills to set on fire. It’s her homage to the Tempest, we guess. Or that toaster in her palace…

It’s definitely not just the wind, because the Theron Guard are making their dramatic return to the battlefields of Sera.

In Arcade, these elite Locust have a penchant for headshots, causing a huge explosion whenever they land one. Try not to stand close to anybody when these guys are around.

Pahanu is a brand new map set among the ruins of an old civilization and the twisted oversized trunks of the jungle.

This intense jungle landscape puts a unique twist on Gears combat, with its organic cover, strong flanks, intimidating rifle positions and position-obscuring fauna that’s unlike anything else in Gears 5 today.

Two intimidating hills mark the spawn area for each team, leading into the open swamps of the middle of the map. The altar in its center contains a key weapon pickup, but making it there is half the battle.

Flank through the cave side for ranged weapons and another key weapon pickup. Prepare for close-range battles thanks to the tight nature of the cave formation and surrounding cover.

On the opposite side, the larger Ruins area offers a mix of combat, with solid Lancer positions overlooking the cover-filled center. Watch for risky, but deadly flanks from the mid-cut.

Does it get any more classic than snipe battles on Canals? This Gears 1 favorite is back in it’s new look introduced in Gears 4. Own the bridges, own the map.

Allfathers Arena is getting the 2v2 treatment with this 3-in-1 map! Duke it out in the middle lane of the Arena with three different possible tile combinations. Be ready for anything.

Two routes, two places to send ‘em home. This tile based 2v2 map offers two locations to fight in. Which will you choose?

We’re introducing a brand-new series of Tiles in Operation 3 with the arrival of Barracks! This new tile family sports a militaristic look and is packed with close-quarters, tight spaces that diversity it from the existing tile sets.

Mining and Ventilation also get a new tile each with the new Venom Scrubber room, which delays the spread of venom for a short amount of time.

The Barracks Tile family contains 18 tiles and will be available in future Operation Hives and through Map Builder.

A Note on Maps for Gears 5

We know traditional Versus / Horde Maps are incredibly important to you. We’ve recently been re-evaluating the game from the ground up to assess how we can deliver more of the content you want and prioritize accordingly.

As of Operation 3, we have significantly scaled back development of Tiles in order to put more resources into the development of maps for Versus / Horde. Unfortunately, the benefits of this change weren’t able to increase the number of maps in Operation 3, but rest assured, more maps are coming. Stay tuned for more news in the coming months.

Tour of Duty is back and better than ever in Operation 3, with a fresh suite of awesome content and new improvements that reward you for playing your way.

The most noticeable change when you log in on March 31st will be the extra Objective slot in the Tour of Duty system. This goes hand-in-hand with our re-work on the Objectives in Operation 3.

Two Objectives slots are now dedicated to generic objectives (e.g. Kill X enemies) that can be completed in PVE or PVP, plus one slot for PVP and one slot for PVE. This should help you complete more objectives more consistently just by playing in your preferred modes of choice.

Secondly, we’ve added a new mechanic where playing the game in any way also earns you Stars. As you finish matches in PVP or PVE, you’ll see progress towards earning additional Stars to bolster your Tour of Duty. Now, whenever you play, you are always working towards completing your Tour.

Did someone say RECRUIT CLAYTON? Operation 3 is jam packed with our strongest Tour of Duty lineup to date featuring insane executions, eye-catching weapons skins and those super sweet Character Skins.

Show ‘em how you roll with new prop based Expressions. Throw down a Thrashball with ‘Thrashball Spike’ or pump some weights with ‘Do You Even Lift Bro?’.

Put down your enemies with a varierty of new executions, like the electrifying Charged EMBAR finisher or the brutal on-your-knees Boltok execution of Cold Blooded. You might wanna throw on one of those new Greater Than or Silent Skull bloodsprays while you’re at it.

Finally, but certainly not least, the stars of our show – Character Skins. Tour 3 drops a mix of fan favorites from the past with brand new favorites of the future including Recruit Clayton, Savage Swarm Characters and more.

At the top of the mountain lies the ultimate bragging rights skin – the Ronin Armored Kantus. If people you see you rocking this skin, you know they’re gonna be jealous. This is one to make it to general for.

Operation 3 also marks our first ever drop of New Achievements for Gears 5, including retroactive tracking for any relevant achievements.

We’ll reveal the full list of achievements dropping with Operation 3 along with our Title Update notes on Monday, March 30th.

On Thursday, March 26th, we’ll take you through our extensive Versus Tuning updates including the changes to the Up-A Speed Boost from our roadmap, the removal of Flashbangs as a loadout option, standard reload mechanics returning to the Gnasher and more.

On Friday, March 27th, we’ll be dropping a comprehensive look at our major tuning changes for Horde, including Character buffs, improvements to the post-wave flow and a whole host of other changes.

Finally, on Monday, March 30th, you can read the full patch notes for TU5 including the reveal of our new achievements!

We’re so excited to launch Operation 3 and for you to get your hands-on Gridiron. Let us know what you think by sending us a message on Twitter, the forums, Discord or the community reddit /r/GearsofWar! 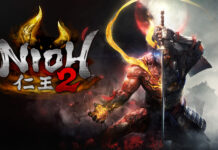 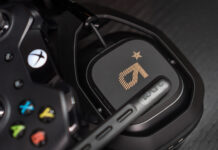 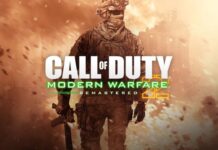 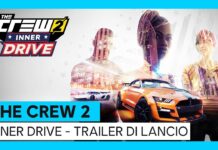 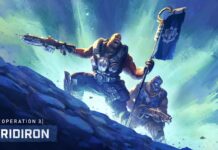